Vye: The Card Game of Capture and Control 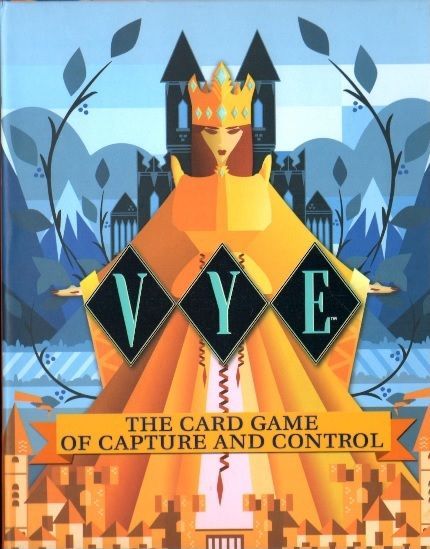 Vye: The Card Game of Capture and Control

You are the ruler of a fledgling kingdom in the land of Vye. Around you are untamed lands ripe for the taking. But you are not alone! Other rulers seek to broaden their holdings as well. You must carefully protect your borders even as you race to expand them. Will you control the largest kingdom? Or will you see your power splintered? Plan your moves well - it will take strategy and a little luck to win the battle for Vye!

Vye is a strategy card game played by 2-4 players. The goal of the game is to have the largest connected kingdom when the game ends. You grow your kingdom by placing Land and Building cards on the table, claiming the cards you place and potentially others around them in the process. Vye is easy to learn and can be played in about 20 minutes.