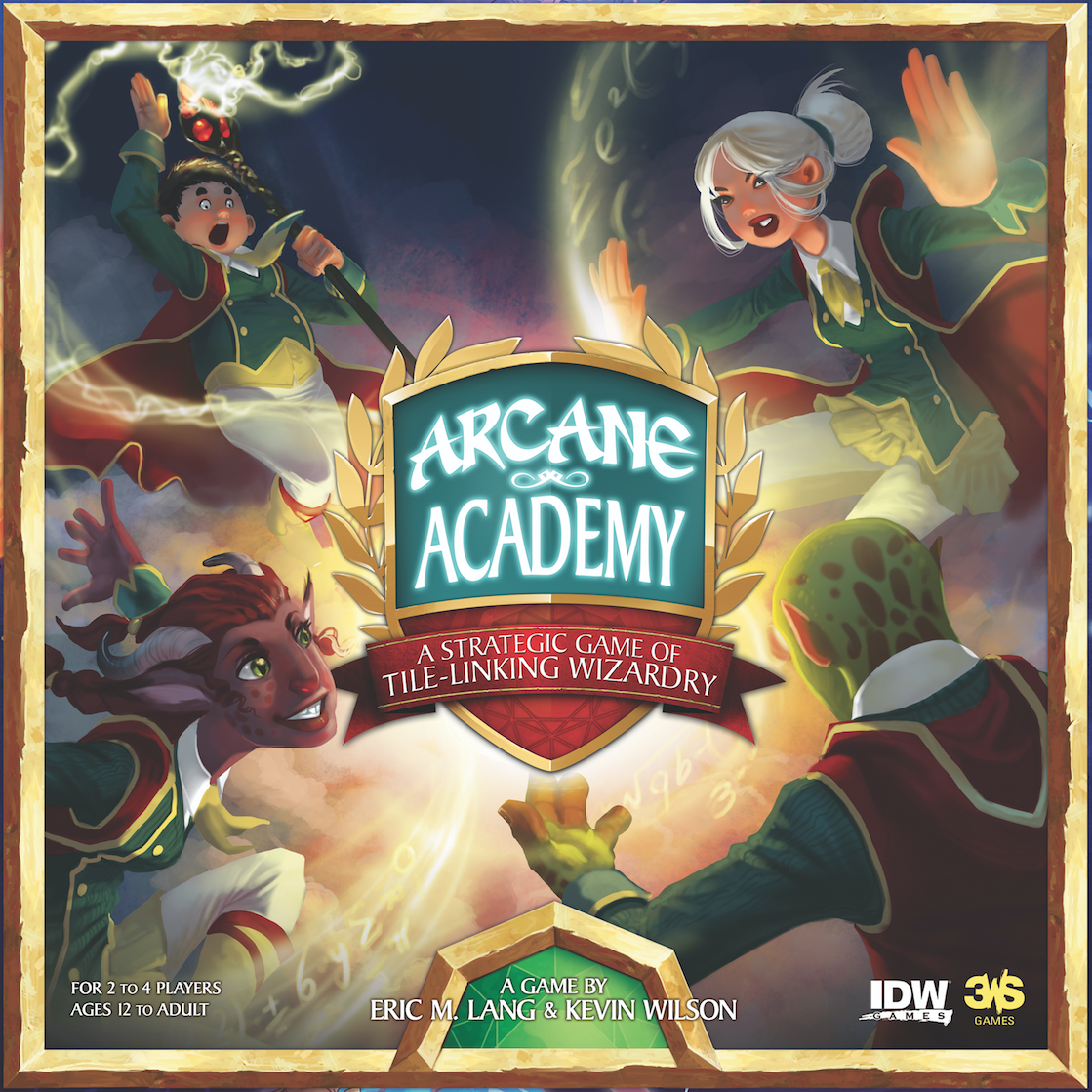 Described by Tom Vasel as "an engine-building type game that plays very quickly... in the Splendor category", Arcane Academy is the first collaboration between Eric Lang and Kevin Wilson.

Challenge rival students to become the best in class in Arcane Academy, an innovative board game of tile-linking, wizardry for 2-4 players that pits young spellcasters against one another in a duel for honor and prestige. Forge potent magic items and wield wickedly powerful elemental energies to outthink and outmaneuver your opponents in this elegantly simple and quick-to-learn board game that will appeal to families and experienced players alike!

Arcane Academy is based on the critically acclaimed, all-ages comic series Finding Gossamyr, which is set in a fantasy world in which math is the language of magic. It features game design by industry superstars Eric M. Lang (A Game of Thrones, Star Wars: The Card Game, Quarriors) and Kevin Wilson (Descent, Arkham Horror and Android) in their first-ever design collaboration!