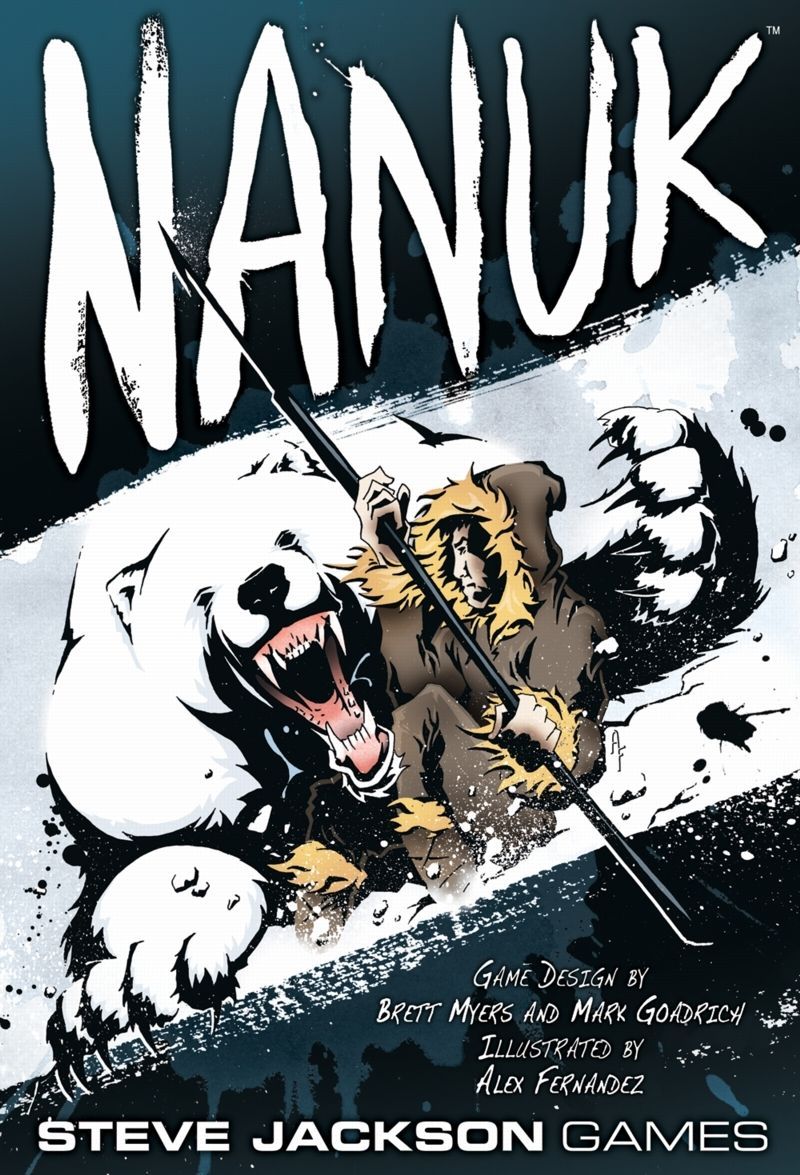 Winter is coming. All the hunters boasted of their prowess, but you boasted the loudest. Now you have to deliver . . .

In Nanuk, each player bids for how long he can stay on the trail and how much he will bring home. Each boast must be greater than the one before, until one hunter refuses to raise the bid, saying "You're doomed!" Then the hunt begins. Will the hunt leader make good on his boast, or will the doomers be right? Every player decides secretly to help . . . or to let it fail.

Beware Nanuk, the great polar bear, who can end any hunt in failure. If you find an inuksuk, it will protect you – once. If the hunt is successful, the hunters share the animals collected. But if the hunt fails, the doomers score instead.

Nanuk is a fast-playing, highly social game of bidding and bluffing for 5 to 8 players.