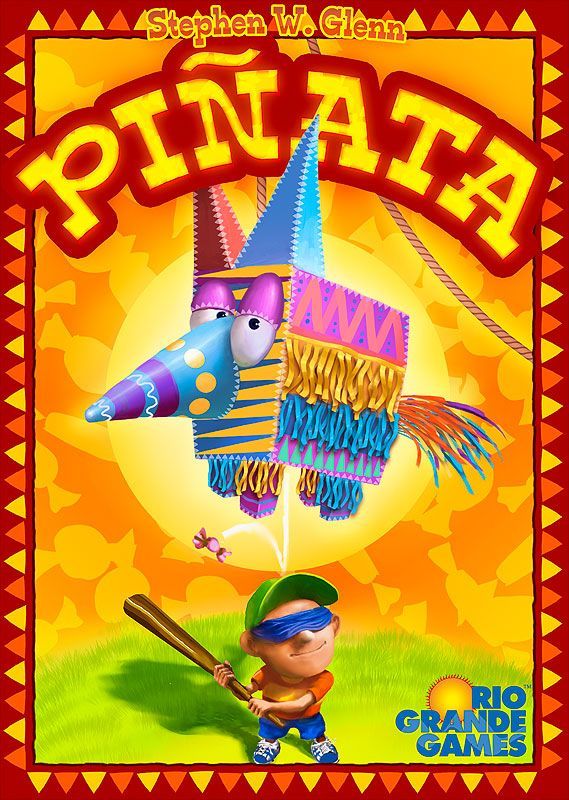 In Piñata, the players compete to collect the colored candy inside the piñatas. Playing pieces that might otherwise be "cubes" are instead wooden markers with a bow-tie shape that mimics the shape of wrapped candies, coming in five different colors. When a player has collected enough candy of a given color, he earns the medal card for that color, and the first player to earn three medal cards wins!

Piñata reimplements Balloon Cup – while adopting the designer's initial theme for the game – with the most significant rule changes being the addition of wild cards, the removal of a three-for-one token exchange, and a revision of the card values (but not the card count within each color). For more details, see this thread.