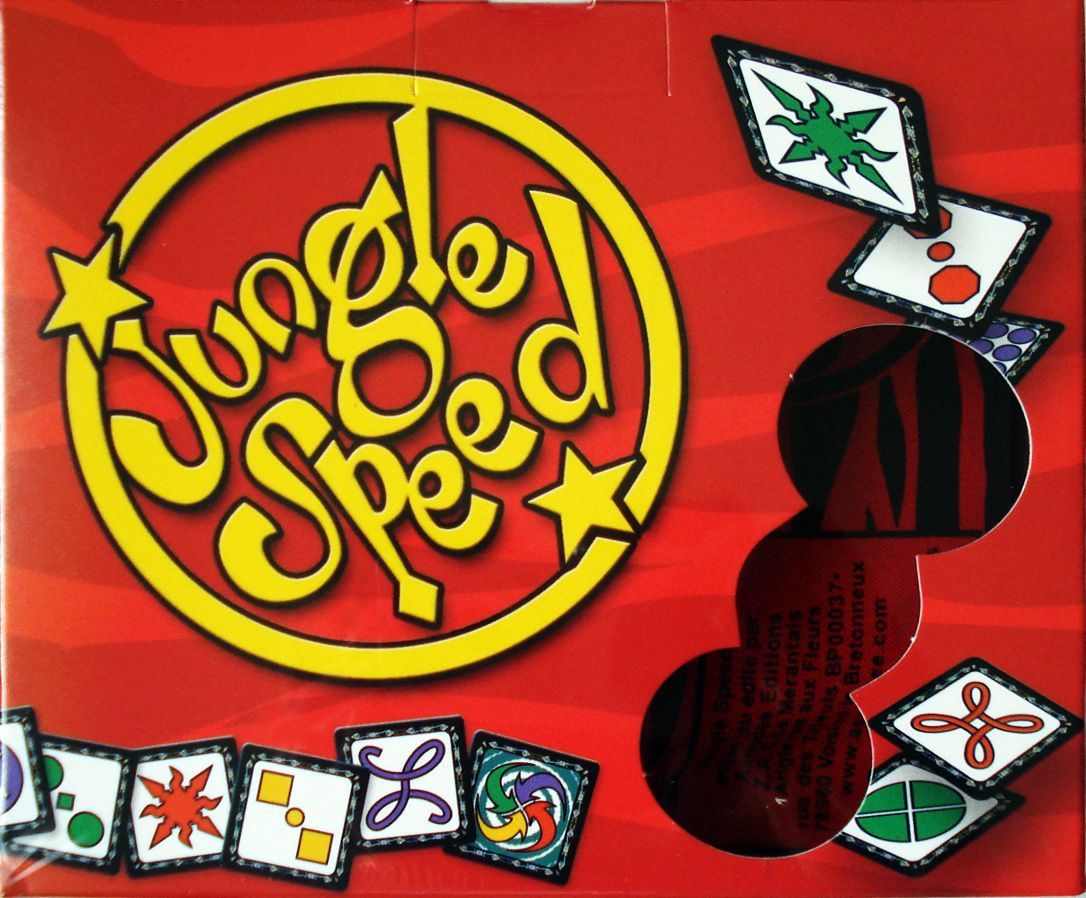 In Jungle Speed, you must rely on your keen sense of observation and quick reflexes. It requires a steady hand -- which can be hard to maintain during the many fits of maniacal laughter! The wooden Totem sits in the middle of the table, waiting for the player with the fastest reflexes to snatch it up and win the game.

Each player is dealt a hand of cards. In order to win you must be the first player to get rid of all of your cards. Each turn, all of the players reveal one of their cards. If two cards are identical, those players must make a grab for the Totem. The faster player then gives their cards to their unfortunate adversary.

'Background':
The Aboulou Tribe in Eastern Trisopotamia invented Jungle Speed to determine the shares of food each member received after a successful hunt approximately 3000 years ago. The Aboulous originally used eucalyptus leaves as cards for the game. These early games usually ended in bloody fights because, unfortunately, all of the cards were identical. This simple error nearly drove the tribe to extinction. This is why Jungle Speed remained unknown by the outside world until the 20th century, when 2 clever gamethropologists, Tom & Yako, replaced the leaves with the playing cards we now use today.