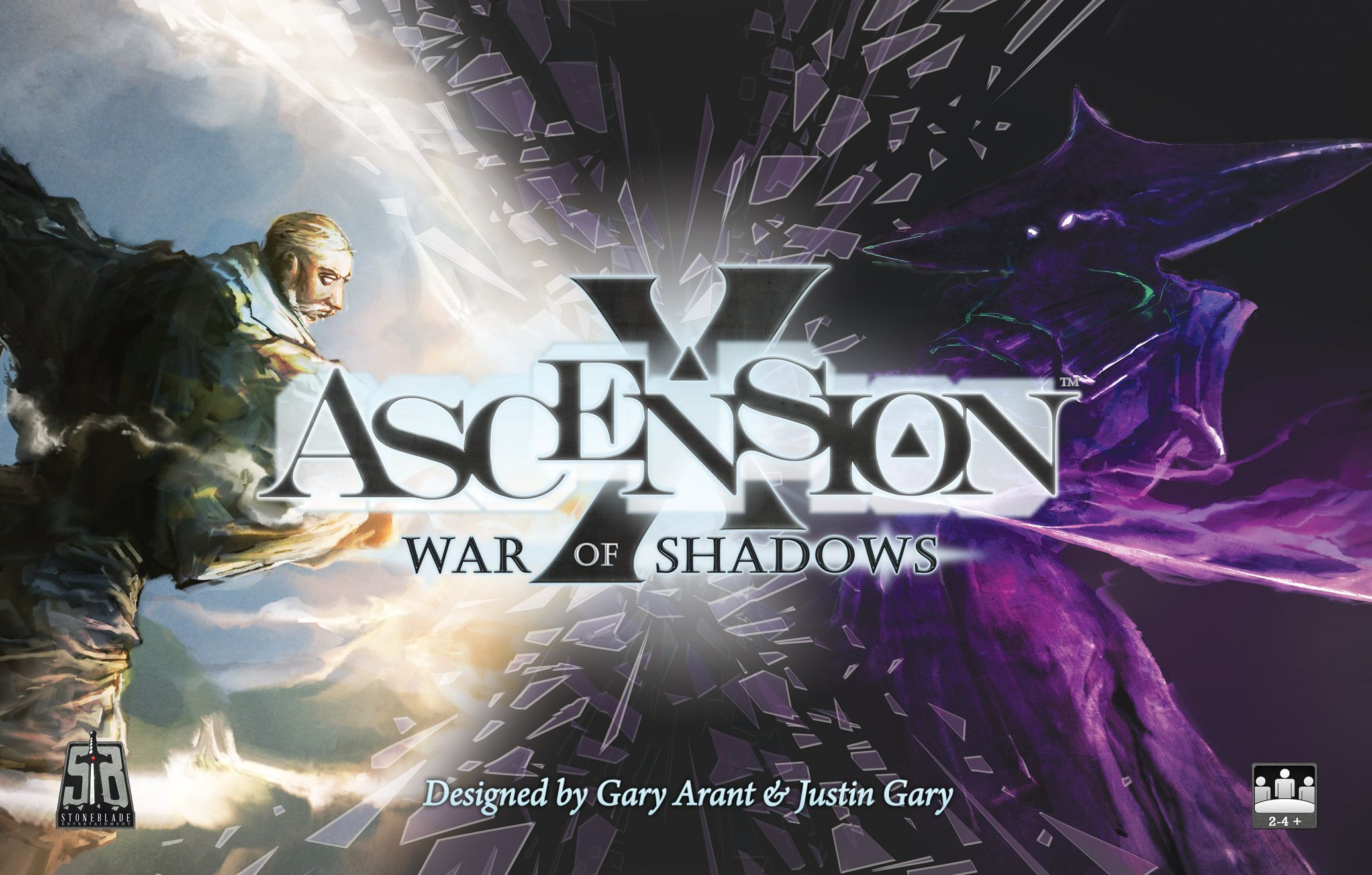 Ascension is a deck-building game in which players spend Runes to acquire more powerful cards for their deck. It offers a dynamic play experience where players have to react and adjust their strategy accordingly. Each player starts with a small deck of cards, and uses those cards to acquire more and better cards for their deck, with the goal of earning the most Honor Points by gaining cards and defeating monsters.

The theme for Ascension X: War of Shadows, the tenth set in this game series, is the on-going conflict between Light and Dark forces for control of New Vigil. This conflict plays a direct role in the game as the balance between the two forces can give players additional powers during Night and Day. A new category of Heroes and Constructs are also introduced, and these powerful dual-cost cards require players to spend both types of game resources to purchase them.