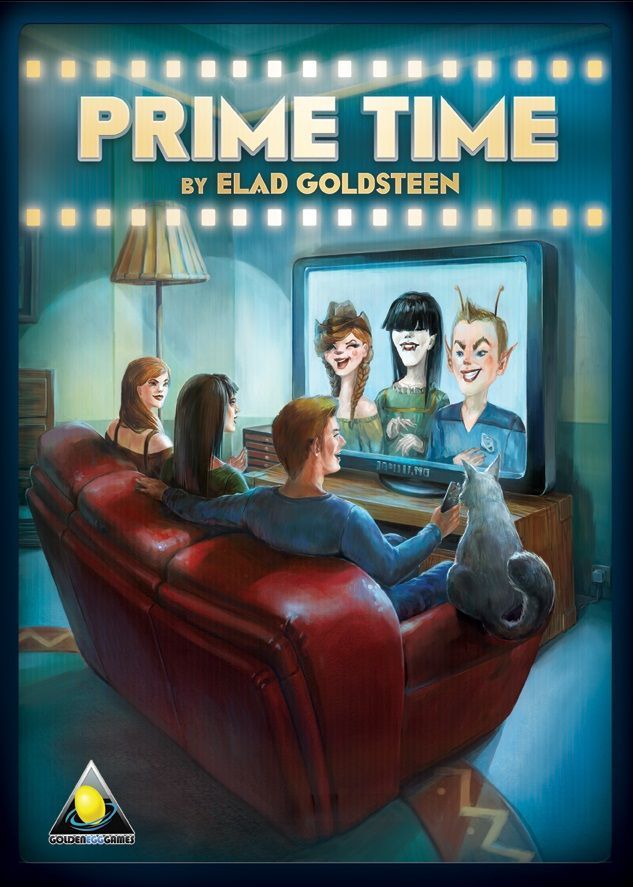 As a big shot executive you need to keep your network stacked with the best shows in Prime Time. A basic goal for any TV show is to "win" its time slot for the network by having the highest ratings, and thus the highest ad revenue. As you add talented actors, producers and writers to the show, you’ll have to decide how to arrange your TV Guide to win over the most viewers. Will you be putting your best shows early in the week? What will you leave for the Friday night death slot? Make your choices wisely so you can become the #1 network.

Prime Time is played over six rounds, divided into two seasons of three rounds each. During each round, players will bid for and take their actions - buy shows, hire and fire talent, or play golf, among other things.

Each round follows 4 phases:


Development phase – Players take 3 actions each.
Broadcasting phase – Players set up their TV schedule and try to attract demographics.
Award show phase (only in rounds 3 and 6) – Players score points based on their performance.
Income phase – Get paid, clear the board and set up for the new round.


At the end of the 6th round, each player counts their remaining cash and gains 1 VP for each full $3.
The player with the most VP wins the game!