Tales & Games: The Hare & the Tortoise 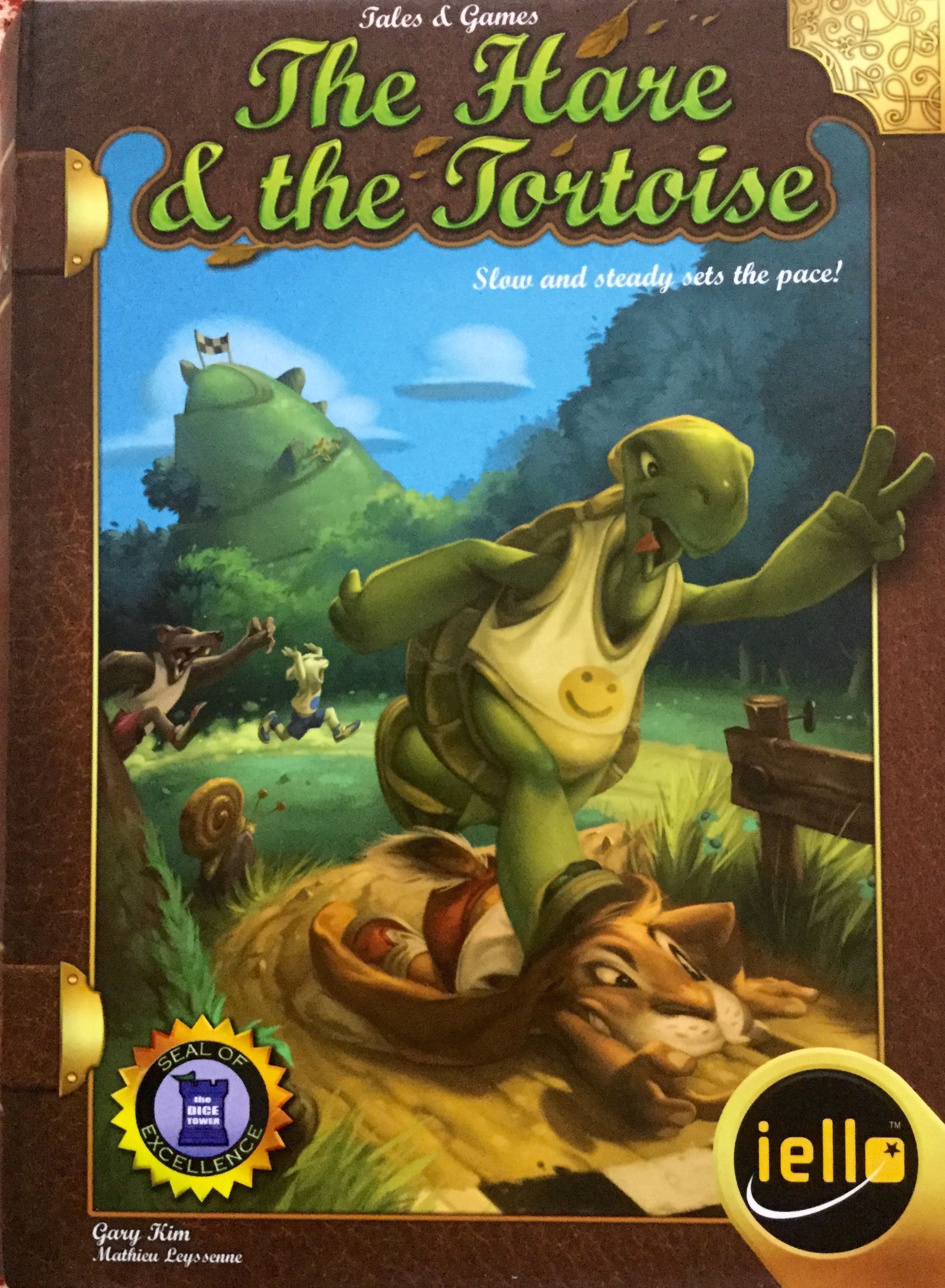 Tales & Games: The Hare & the Tortoise

The Hare & the Tortoise, originally published as Royal Turtle, is a card-driven betting game about animal racing loosely based on one of Aesop's Fables.

At the start of a race, each player secretly bets on up to two of five animals: turtle, rabbit, lamb, wolf and fox. One animal is chosen at random for each player, then after receiving a hand of seven cards, each player places one of his cards face-down (possibly the same animal) as an additional bet. Players then take turns laying down 1-4 cards, with all cards needing to show the same animal, then refilling the hand to five cards. As soon as eight total cards have been played or four cards of any one animal, the animals move (maybe).

After the animals move, players start a new round of card-playing. A round ends when three of the five animals reach the goal, after which each player scores points based on the ranking of the animals and how they bet. After three rounds, the player with the most points wins.

The original title of Royal Turtle is a homage to Reiner Knizia's Royal Turf, another betting game about animals racing (albeit horses in that game).