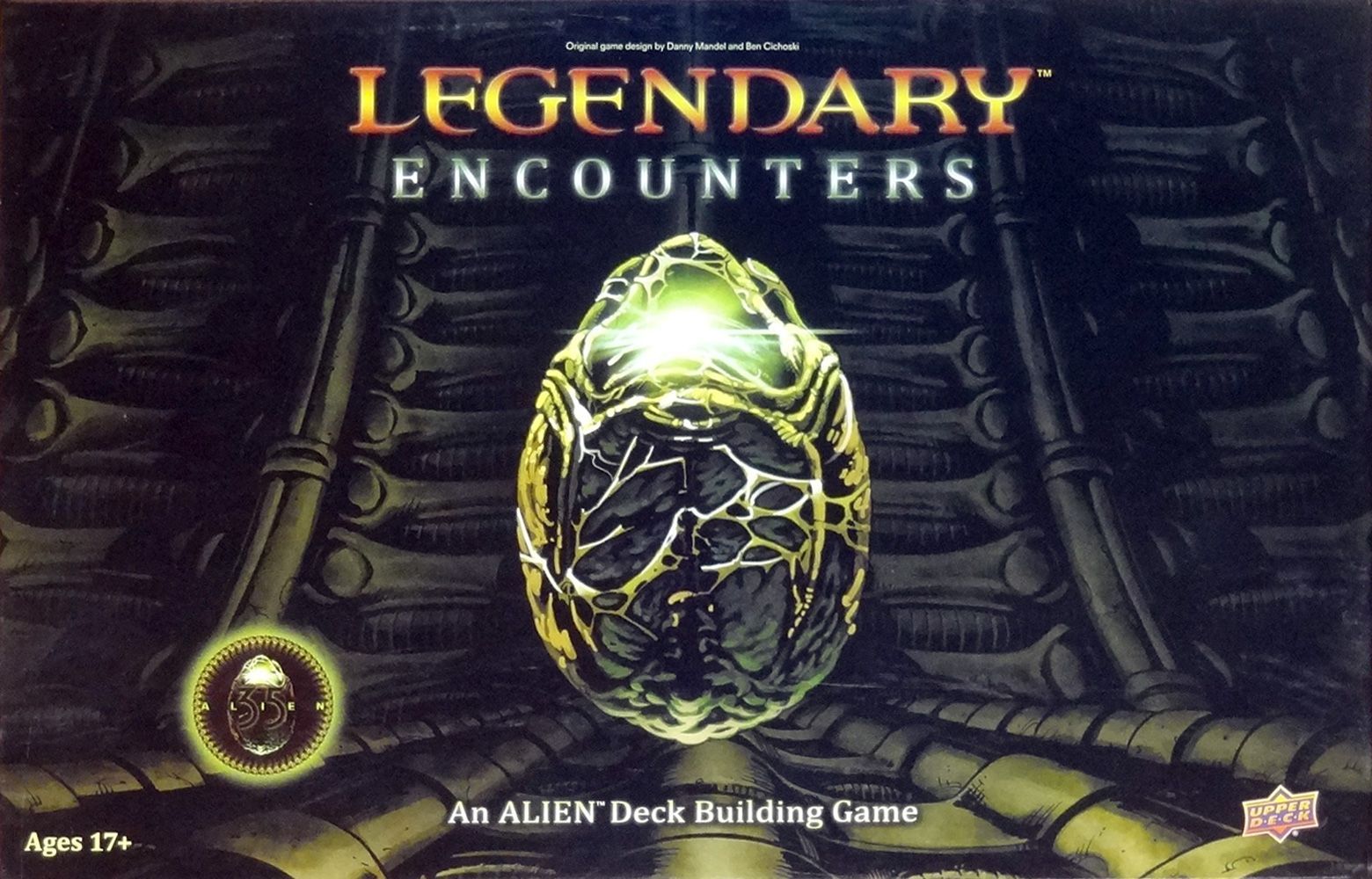 Legendary Encounters: An Alien Deck Building Game, based on the four movies of the Alien series, is a fully cooperative game with original art. While based on the Marvel superheroes version of Legendary, the two games will be compatible but cannot be fully integrated.

Legendary Encounters is a deck-building game in the same family as Legendary: A Marvel Deck Building Game, but now players must cooperate in order to survive against hordes of aliens. Taking on the role of protagonists such as Ripley, Dallas, Bishop and Corporal Hicks, players take turns recruiting cards for their deck from a central selection in order to improve their deck and defeat Xenomorph cards that are added to the central game board.