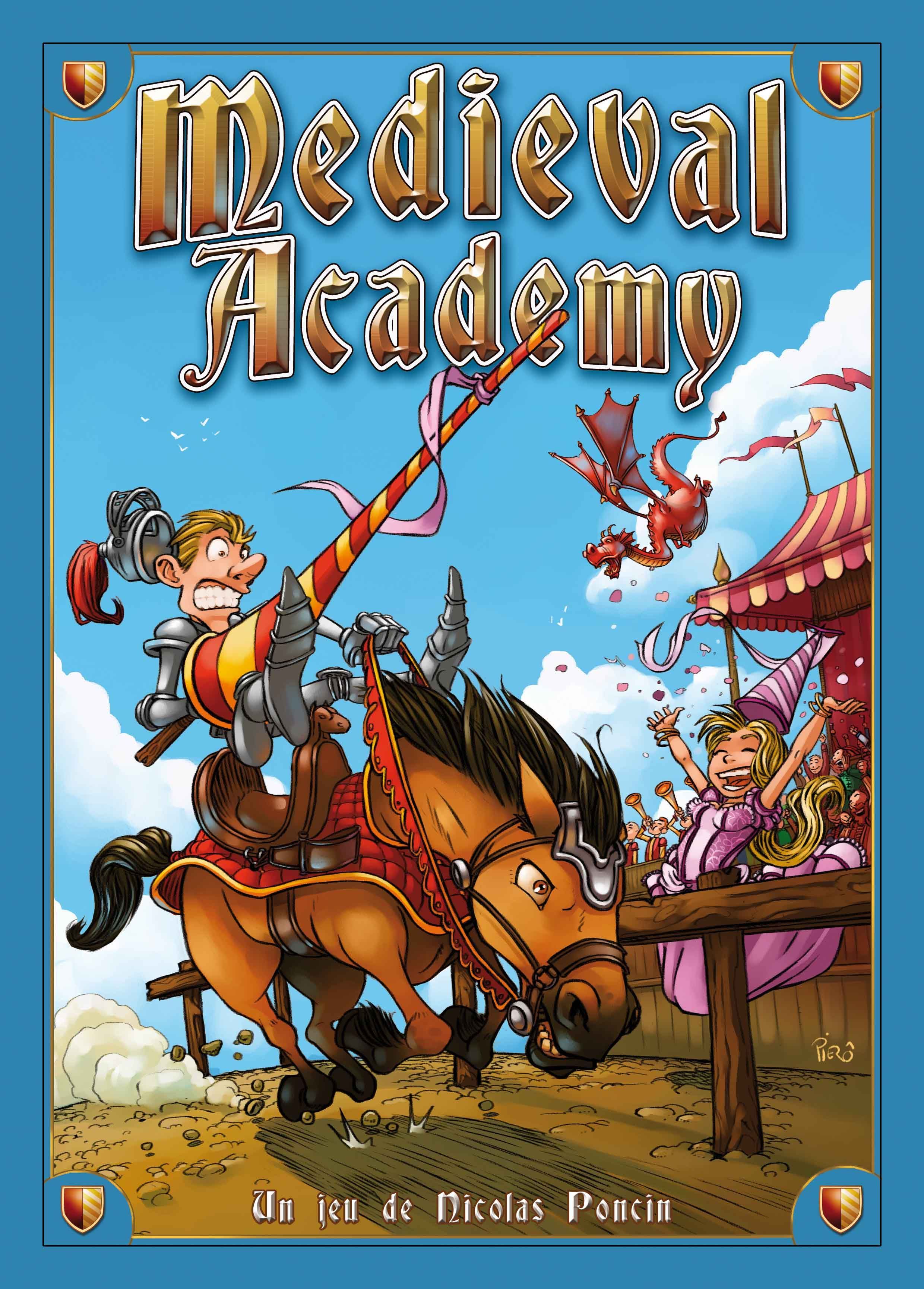 "Squires, welcome to Medieval Academy, the place where you'll be trained to become a knight. You'll have to master the arts of Jousts and Tournaments, complete dangerous Quests, and polish your Education. You'll also have to serve the king, and show that you have a sense of Charity and Gallantry. Only one of you will be knighted by King Arthur, so it's time to show what you’re capable of." —Father Advevan Nicolus Emilius, chairman of the Medieval Academy.

In Medieval Academy, a "family+" game, each player takes the role of a squire who wants to outdo the others in the different training categories to score Chivalry Points. To achieve this goal, during the six turns of the game, the players must wisely draft the cards that are the most useful to them and play them at the right time to move their discs up the training tracks.

At the end of turn VI, the squire who has the most Chivalry Points wins the game and is knighted by King Arthur!