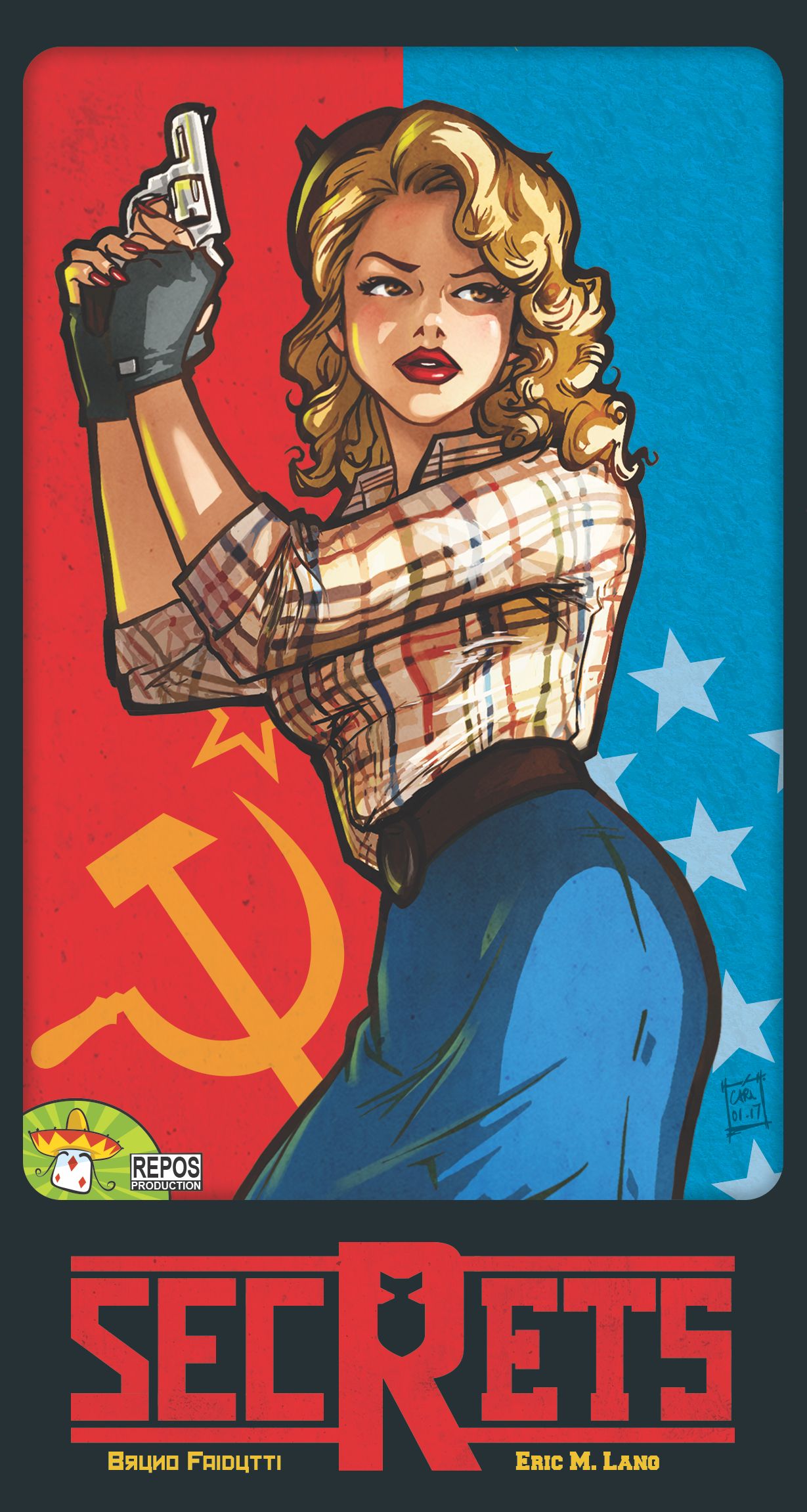 In Secrets, the second co-design between Eric Lang and Bruno Faidutti, players are assigned a hidden team — the CIA or KGB — and are trying to collect the most points for their side. In addition, one or two players are secretly anti-establishment Hippies who are working for nobody. Their goal is to fight the Man and have the fewest points.

On your turn, offer one of two randomly drawn agent cards to another player. These cards are worth points and have varying good or bad abilities. That player either accepts the agent, in which case they score it, or they refuse, in which case the card returns to you, and you score it. The game ends when a player has five cards, after which the teams are revealed; the team with the highest combined score wins, unless a Hippie has the single lowest score, in which case they win.

The interactions between the character cards are the spice of the game, but since the abilities are discoverable during play, the game can be taught in three minutes.