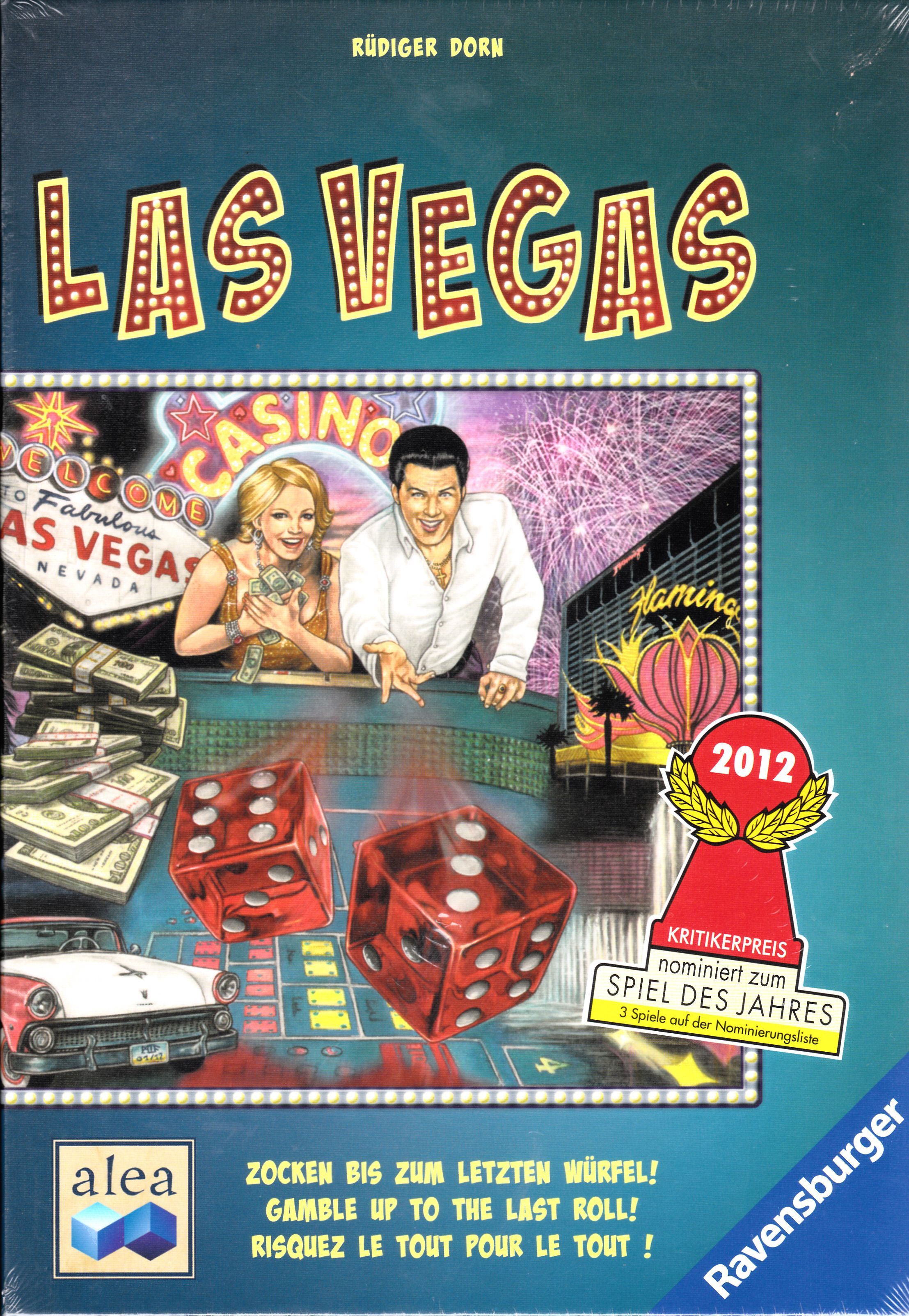 Developer Stefan Brück at alea describes Las Vegas as "an easy, dice-rolling, fun-and-luck game with a lot of interaction and 'schadenfreude'". Who doesn't love schadenfreude? (Well, other than those being schadened, I suppose...)

In more detail, Las Vegas includes six cardboard casino mats, one for each side of a normal six-sided die. For each mat, players draw money cards until at least $50k is showing, but the amount may end up being a lot more, making that casino more desirable.

Each player has eight dice of a different color, which they take turns rolling. When you roll your dice, you can choose to place them on the relevant casino cards; for example, a die showing a 1 will be placed on the casino mat marked "1". You must place all dice of one number on one casino in your turn. All players take turns doing this until all the dice have been used. Finally, the player with the most dice on each casino card takes the money associated with it. In case of a tie, the next non-tied player takes the highest-valued money card at that casino.

Las Vegas rates a 1 out of 10 on alea's difficulty scale.