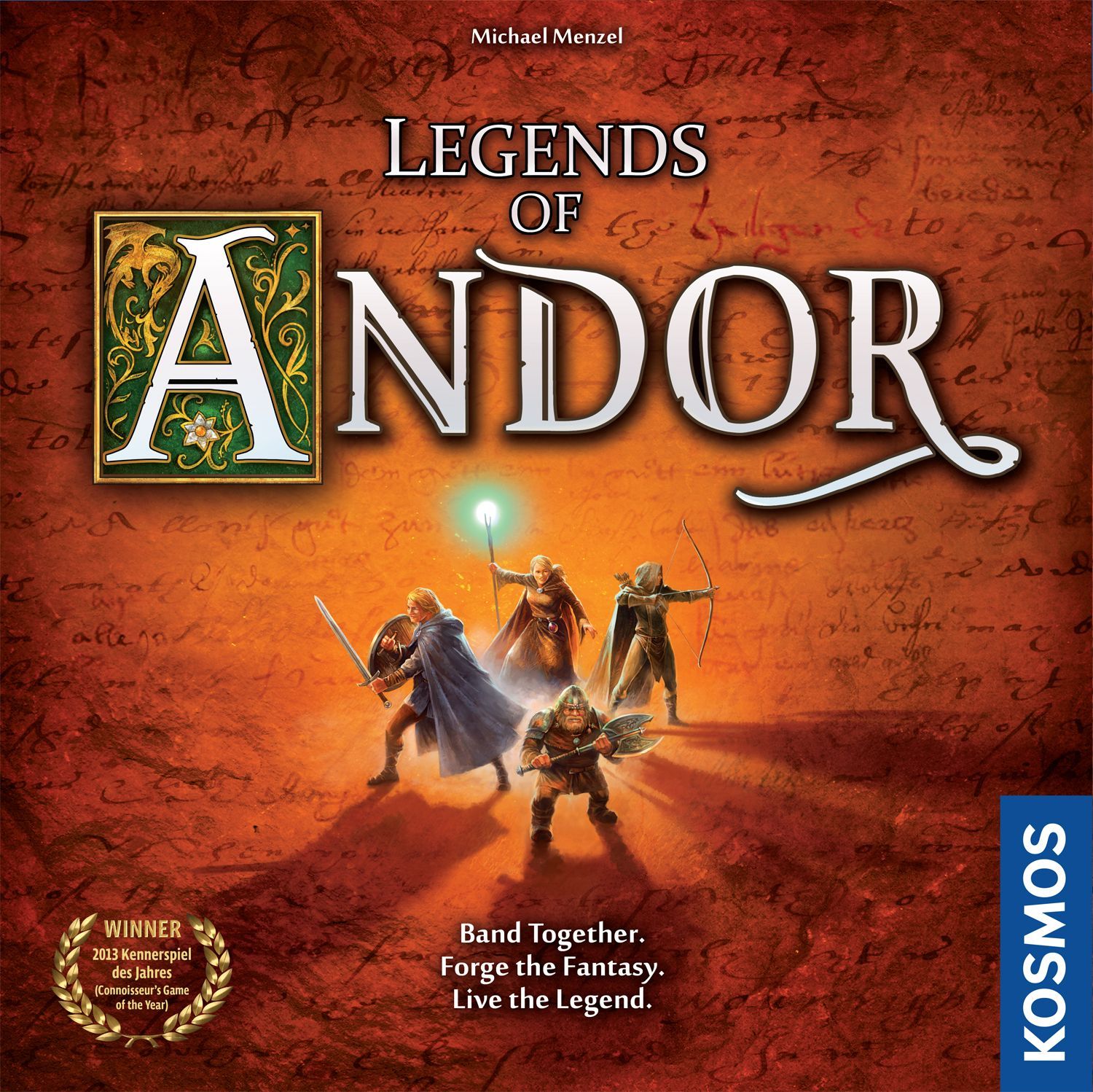 Legends of Andor is a cooperative adventure board game for two to four players in which a band of heroes must work together to defend a fantasy realm from invading hordes. To secure Andor's borders, the heroes will embark on dangerous quests over the course of five unique scenarios (as well as a final scenario created by the players themselves). But as the clever game system keeps creatures on the march toward the castle, the players must balance their priorities carefully.

At the heart of Legends of Andor is its unique narrative, the linked scenarios of which tell an overarching story as the players successfully complete objectives. For each scenario, or "Legend", a legend deck conveys the plot of an ever-unfolding tale...one in which the players are the protagonists. A wooden marker moves along the board's legend track at key points during each scenario, triggering the draw of a new legend card, the introduction of new game-altering effects, and the advancement of the story's plot. In the end, the players must endeavor to guide the fate of Andor through their heroic actions, bringing a happy ending to their epic fantasy tale.

Will their heroes roam the land completing quests in the name of glory, or devote themselves to the defense of the realm? Uncover epic tales of glory as you live the Legends of Andor!