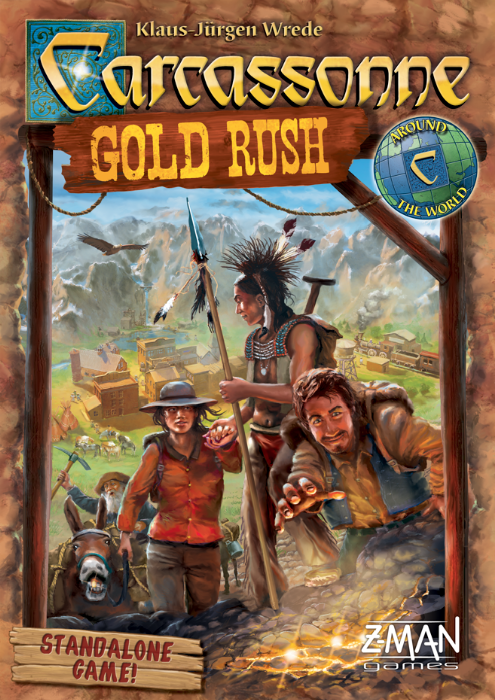 Carcassonne: Gold Rush is the second title in the "Carcassonne: Around the World" series of tile-laying games, with each game being based on the original Carcassonne design in which players slowly create a world by placing tiles on the playing area and scoring for various features in the landscape they create.

In Carcassonne: Gold Rush, players return to the 19th century in the United States when cowboys drove cattle, trappers traded with Native Americans, the first railway routes appeared, and explorers — that is, the players — sent their henchmen to gold mines to laboriously search for gold nuggets. Depending on where you place your tent, you might be able to snatch a nugget from another explorer — but sometimes you'll be left holding fool's gold while someone else uncovers a rich gold find...