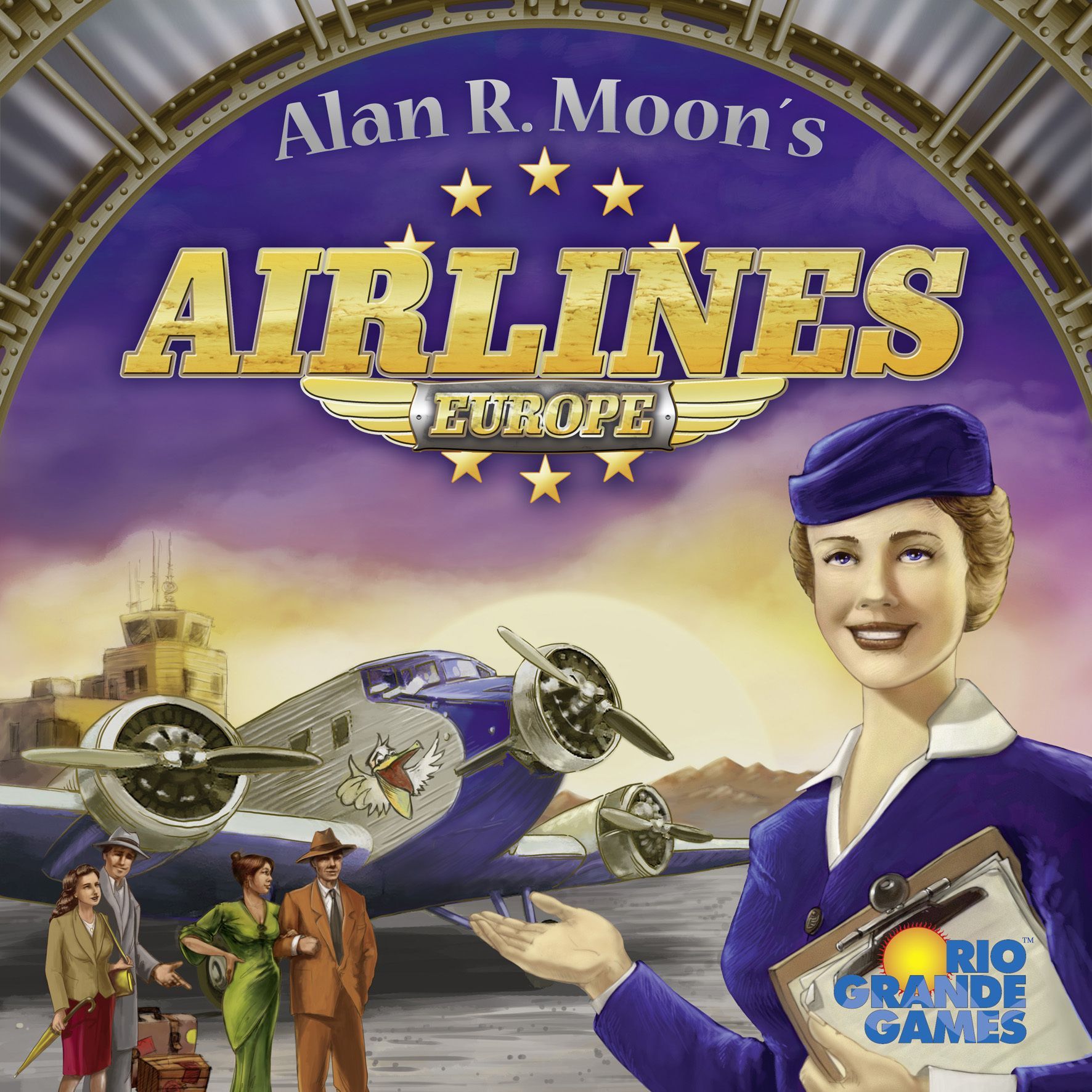 Before Ticket to Ride, before Santa Fe Rails, before Union Pacific – yet after Acquire – there was Airlines, one of the earliest published games from designer Alan R. Moon and publisher ABACUSSPIELE.

More than two decades after the publication of that game, Moon and ABACUSSPIELE present Airlines Europe, the design of which Moon began in 2007. According to the publisher, "He wanted to preserve the feel of the original game and its successor, Union Pacific, while confronting the player with even more exciting choices." The result of that redesign process is Airlines Europe, featuring a reduced playing time, a new point structure, a European setting, and 112 tiny detailed airplanes.

At its heart, Airlines Europe is a stock game, with players earning points for the stock they hold in particular airline companies when one of the randomly determined scorings takes place. On a player's turn, that player either expands an airline and claims a stock, plays stock onto the board and receives dividend, invests in a special airline called Air ABACUS or gets a certain amount of money from the bank. A player scores only for stock in play, but the value of an airline is determined by the value of the route licenses that airline owns – thus, you're torn in terms of what to play when.

Some changes compared to Airlines:


Some changes compared to Union Pacific: