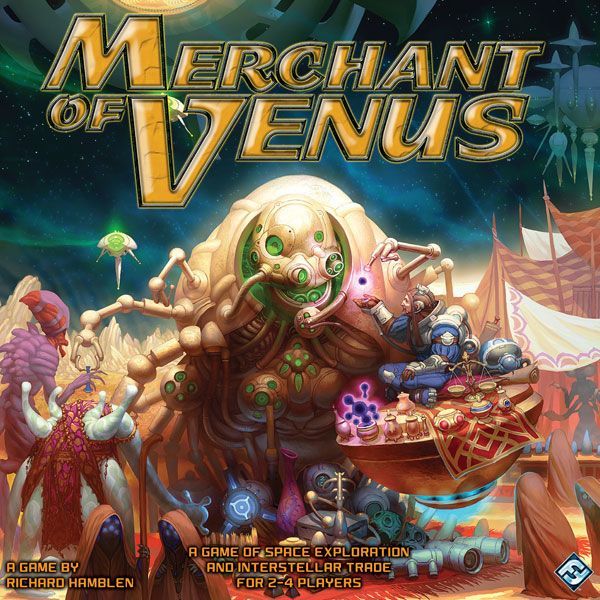 Merchant of Venus uses many elements which come together to form a very interesting game. Players take on the roles of space traders who move their ships through interconnected systems discovering new alien worlds to trade with. As players start to make money delivering commodities in a unique supply-and-demand system, their earnings can be used to purchase better ships and equipment (shields, lasers, engines, etc...) and construct their own spaceports (which speed up trading) and factories (which create better commodities). Variations included in the rulebook allow for interplayer combat. The player who first acquires enough total value ($1000, $2000, $3000, $4000) in cash and port/factory deeds takes the day.

For the 2012 edition of Merchant of Venus from Fantasy Flight Games, the company promises that this revision "remains true to its magnificently campy core while updating the map and game components and expanding game play in surprising ways that will cause even the most hardcore fan to celebrate." That said, the player count has been lowered from six (in the Avalon Hill edition) to four, with the four races in the game being Human, Whynom, Qossuth, and Eeepeeep.